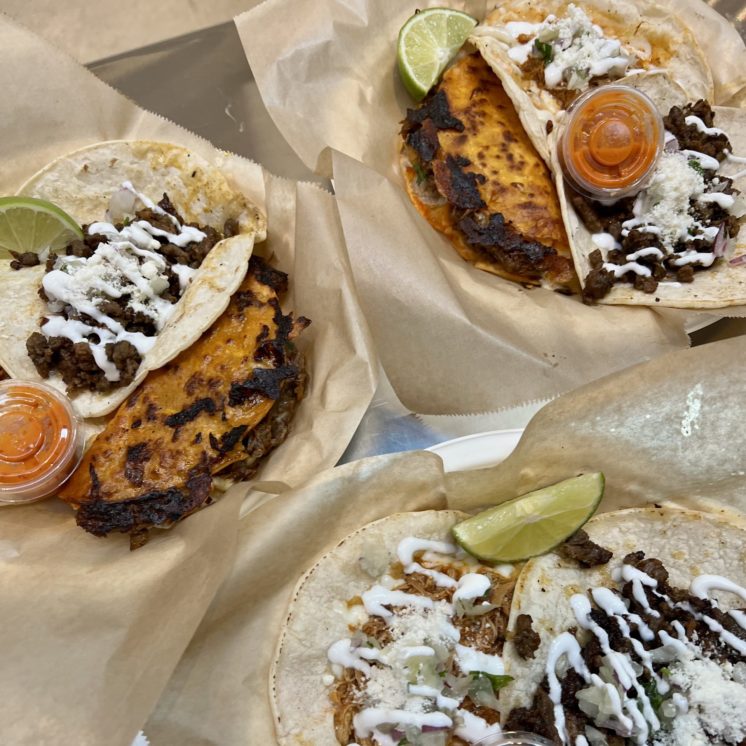 La Olla is a specialty mariscos concept by Joei Miu and Antonio Aguilar. Inspired by delicious recipes from her father’s Mexican restaurant, they plan to bring a modern interpretation that also incorporates influences from their eclectic culinary experiences.

Having arrived in the U.S. from Vietnam in the 80s, her father decided to open a restaurant in Lincoln Heights, Los Angeles serving Mexican seafood rather than Vietnamese cuisine. Growing up, Joei was greatly influenced by the tantalizing smells and tastes of Mexican cooking coming from the kitchen.

Later, her father moved the family and restaurant to Houston, Texas where she developed a passion for baking and dessert making. She also met her husband, Antonio while they were both working there. They bonded over a love of good food and an openness to new experiences and adventure.

Now, Joei and Antonio have returned to Los Angeles to start their own venture and offer their mouth-watering mariscos dishes such as camarones a la diabla and tostada de ceviche.